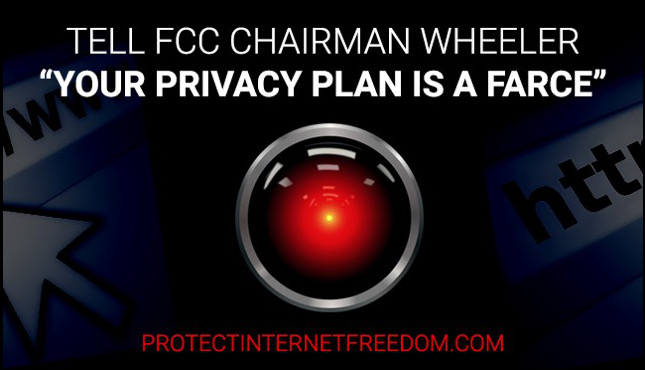 FCC Chairman Wheeler : Your Internet Privacy Rules Are a Farce! 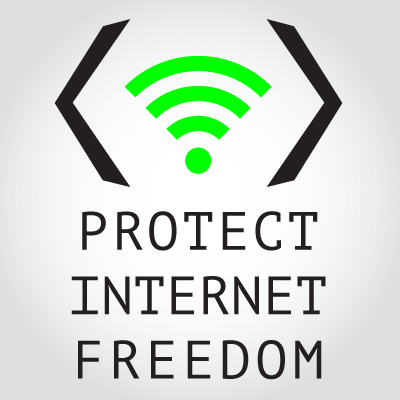 When FCC Chairman Tom Wheeler imposed Obama's view of regulation on the Internet — so-called "net neutrality" rules — the corporations that helped him take over the Internet got a last minute reprieve from having to follow them.
That was a sweet deal for net neutrality cheerleader Netflix -- especially since we now know they've been breaking the basic principles of net neutrality for the past five years.

But now the biggest supporter of Obama's government takeover of the Internet — with exclusions for Obama's select corporate cronies, of course — is about to get its reward. And it's a doozy.

Google knows more about you than anyone.  More about your personal shopping habits; what you watch on the Internet; and how you live your life. And using your personal data for their own profit is a major part of their business model.

So when the FCC's Chairman Tom Wheeler announced he was going to make protecting our privacy his next big issue, skeptics thought, "Which big corporation is going to get preferred treatment this time?"

And they were right! Wheeler isn't protecting our privacy. He is using government to create two sets of rules, while protecting Google from any privacy considerations whatsoever!

Isn't this what makes you sick about the federal government?  Big companies lobby and manipulate for regulations that affect all of us, but don't apply to them!

Let's call out Chairman Wheeler and make him answer some questions: If our online data and privacy are so important to protect, why are you giving a free pass to the worst privacy violator in the history of the world?

Why are you going out of your way to protect Google, Obama's biggest corporate patron?

Tell the Chairman that he's been caught red-handed.

Note: You are filing a document into an official FCC proceeding. All information submitted including names and address will be publicly available on the FCC's web site.

To FCC Chairman Wheeler:
Your so-called Internet privacy rules, which give a free pass to the Obama Administration's biggest corporate supporter -- Google -- are a sham and an insult to my intelligence.

Google does more to stalk me than any company in the history of civilization. Google's Chairman even admits how little he cares about my online privacy:

"I don't believe society understands what happens when everything is available, knowable and recorded by everyone all the time."

And just as your net neutrality rules exempt President Obama's multi-billion dollar corporate cronies from having to follow them, your new privacy rules have a Google-sized special interest carve-out, again.

It's government actions like this -- making rules to enrich Obama's friends at the expense of the rest of us -- that enrages Americans.