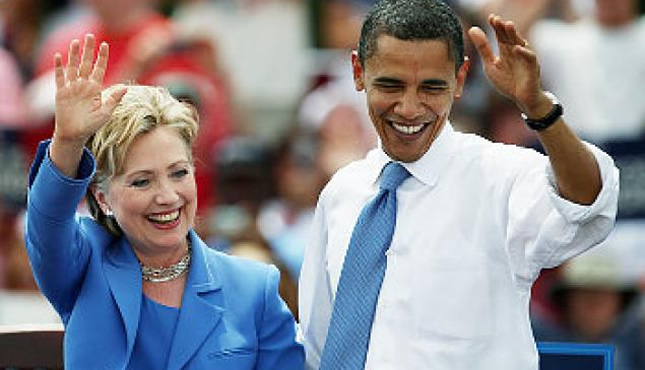 Congress : Withhold Funding While the President Campaigns for Hillary

Petition By:
Rick Mitchelson
This petition is now closed.
SHARE

According to reports from the White House, Barack Obama has instructed his staff to clear his calendar for the month of October this year.  Obama, who is in his last four months in the White House, is apparently concerned that a Republican President would overturn his legacy.  Obamacare, EPA rules against coal, green energy initiatives are all at risk for this President.

Just as Obama did when first elected to office, most opposite political party Presidents spend their first 100 days in office overturning the previous President’s executive orders and memorandums.  Obama would much prefer to preserve those executive mandates by helping Hillary Clinton become America’s next President, and thus preserving his third term in office.

Many sitting Presidents endorse a candidate for the Presidency when their term is up; it is very rare for a President to actively campaign for someone else.

So, for the entire month of October, President Obama plans to actively campaign for Hillary Clinton, instead of focusing on the duties he was elected for: the Security of our Country, Enforcing National Laws, Reduction of the National Debt, etc.

The President’s Annual Salary is approximately $400,000, with additional perks for travel and housekeeping.  Air Force One costs approximately $180,000 per hour to operate.  FEC Rules are loosely interpreted, but require the Political Party to repay the American people at a reduced rate if the travel is purely political, and no requirement if there is “Government Business” involved.  The rules are “fuzzy” at best.

We the People are demanding Congress, as the sole authority of Federal revenue, to withhold any salary and/or pension and/or travel expense amounts from the President while he is actively campaigning for someone else.

To Congress:
When a lame duck President reaches his last few months in office he often endorses a candidate from his party to secede him. Rarely however, does that same lame duck President spend weeks or even months prior to the November election actively campaigning for his successor.

President Obama has made it clear via White House staff, that his calendar needs to be cleared for the month of October in order to actively campaign around the country for Hillary Clinton. This is utter neglect for the duties of which he was elected, specifically to protect the country from outside attacks and to uphold the laws Congress has passed. Campaigning to ensure his legacy is not justification for neglecting the duties he was elected to fulfill.

We the People demand that Congress withhold President Obama’s salary, pension, travel expenses, etc. for any time he spends actively campaigning for Hillary Clinton between now and the election in November. The People of the United States demand accountability for funding to public officials—all bills related to revenue must begin in the House of Representatives.
Sincerely,
[Your Name]
Less
Feedback on this petition?
Top