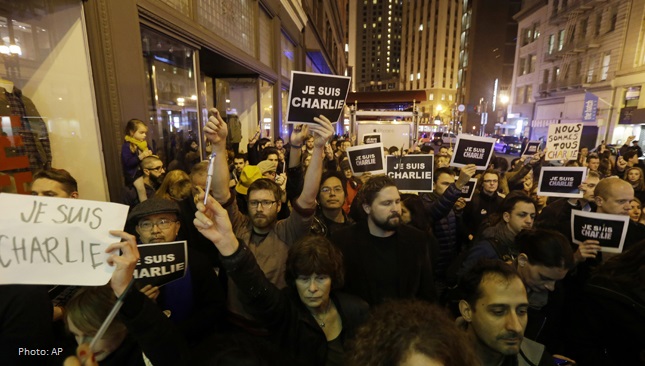 People of the World : We Stand United with Charlie Hebdo. Je Suis Charlie!

The time has come to take a stand against tyranny, cowardice, and intolerance.

The terrorist attack on Charlie Hebdo on January 7, 2015, was an attack on all of us who value the freedoms we hold dear—not the least of which are our freedoms of the press and of expression.

There is no excuse for using violence against those with different views. This act of savagery was an attack on civilization itself.

WE WILL  NOT BE SILENCED. Civilized people around the world stand in solidarity with Charlie Hedbo, the people of France, and free people everywhere.

Sign this petition to show your support of Charlie Hebdo and freedom of expression. Stand for the principles its brave editors and cartoonists risked their lives for—and with France during this outrageous terrorist attack.

To People of the World:
We, the undersigned, stand united in support of the freedom of expression and freedom of the press. We laud the bravery of those who unapologetically and unwaveringly practice and protect these freedoms.