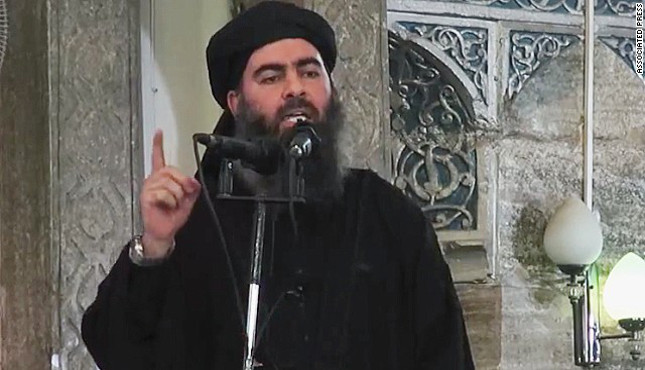 President Obama, major news outlets, and Fellow Americans : Use “Daesh” and not ISIS/ISIL/IS

However, we should be rejecting ISIS, ISIL, or IS because all three names reflect the terrorist group’s intentions, which the United States and our allies wholeheartedly reject.

French officials declared that France would exclusively refer to the group as “Daesh,” which is the acronym of the group’s full Arabic name: al-Dawla al-Islamiya fi al-Iraq wa al-Sham, and, conveniently, also an insulting play on words. According to various sources, it can mean “to trample down and crush” or “a bigot who imposes his view on others.”

It’s obvious the group cares quite a bit about what people call them: Daesh has reportedly threatened to cut out the tongues of anyone who uses the term.

Daesh understands that in the sphere of public relations, language matters and the US does, too. Therefore, the Obama Administration, our news outlets, and the American public in general should switch to “Daesh,” because how we talk about this group is a key to defeating it.

Daesh is a terrorist group, not a state. Just because Daesh declared itself a caliphate does not mean it has truly established one. Propaganda is central to its growth strategy and the war of words should therefore be as much of a key to destroying it as airstrikes and military operations.

By using the militants’ preferred names, the US government gives them legitimacy. Let’s stop doing that.

Changing what we call them will, over time, do some damage to its image and the cancerous and delusional ideas it seeks to spread.

To President Obama, major news outlets, and Fellow Americans:
French officials recently declared that France would exclusively refer to the group as “Daesh” and we believe America should follow suit.

We should be rejecting ISIS, ISIL, or IS because all three names reflect aims that the United States and our allies wholeheartedly reject.

We need to stop giving this group of thugs legitimacy by calling them by their preferred names. Engaging in a war of words is just as important to the strategy for defeating Daesh as airstrikes and military operations.

Let’s reject ISIS, ISIL, and IS and exclusively use the term “Daesh” when referring to this terrorist organization. They don’t deserve any credibility.