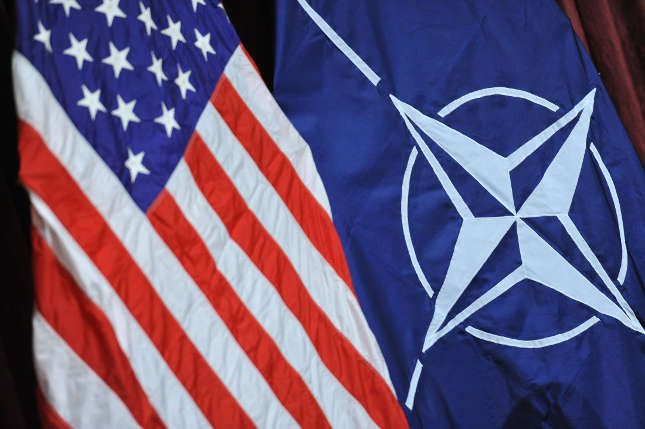 President Obama : Time to invoke Article 5 of the North Atlantic Treaty and declare war on ISIS

The time has come to stop playing defense and start being the global leader we should be by playing some offense against those looking to harm Americans and our allies.

History should have taught us by now that if we stand by as direct threats are made against us and our allies, innocent lives are lost due to our inaction.

In the wake of the gruesome terrorist attacks on Paris November 13th, it’s time for America to take a stand and lead our allies into a more secure and resolute future against our common enemy: ISIS.

Article 5 of the North Atlantic Treaty provides a more solid justification for the war against ISIS than the hesitant and half-hearted explanations presented by the Obama administration to-date.

Article 5 simply states that an attack against one of our allies is attack against all members of NATO and thus provides justification for declaring war against ISIS in this case. NATO members are obligated to impose military force on a NATO adversary.

This is pretty cut and dry.

It’s time for America to show the world that we are resolute in our determination to obliterate—not just contain—those who harm America and her allies.

To President Obama:
The world is watching as carnage and mayhem unfold with ISIS conspiring and committing acts of war against innocent civilians in the West. They are taunting us with threatening videos and consistently showing their determination to do harm and commit heinous acts of murder.

If ever there was a time to make an offensive play against ISIS, it’s now.

It’s time to show this delusional cult of freedom-haters and intolerant thugs they are messing with the wrong country.