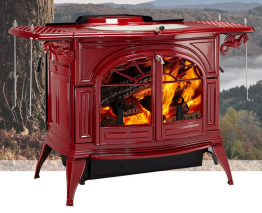 Mass. Board of Bldg Regulations & Standards (BBRS) : Tell BBRS to Vote NO to Net Zero 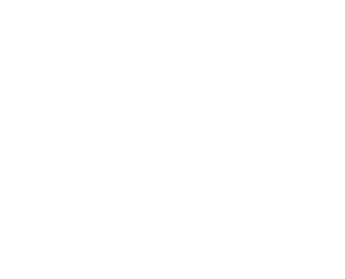 The freedom of Massachusetts residents to make their own decisions for heating, backup heat, and comfort in their own homes is at risk. The Net Zero Energy lobby wants to bypass the free market by having the state mandate that all new (commercial now, with residential to follow) construction in stretch code communities use their products and services and be All-And-Only-Electric. Under existing energy-efficiency standards, Massachusetts is already exceeding projections to reduce greenhouse gas emissions. With this proposal, the impact on global climate emissions will be nil, yet the financial and safety impact on our community will be severe (as in California).  Net Zero Energy construction is already a choice; if this proposal is enacted, NZE will be the law. Please review and sign the letter to the BBRS to urge them to vote NO on this proposal.

The proposal to mandate Net Zero Energy for new commercial construction falsely claims there are no “Cons.” In fact, there are many Cons to consider before striking a damaging blow to the Massachusetts economy by adopting this ill-conceived proposal:

“Cons” include
(1) increased construction and energy costs to do business in Massachusetts (including ignored compliance attestation costs) which will drive businesses and their employees out of state,
(2) an eroded tax and ratepayer base to support the state subsidies needed to tilt the cost-benefit equation in their favor (with a disproportionate impact on rural and hard-working residents),
(3) higher electricity costs and reduced levels of service, as seen in California’s rolling brownouts, and
(4) a state-mandated prohibition of comfort and backup heating options including gas, propane, wood and pellet stoves, which could prove catastrophic in the event of a prolonged power outage.

It ignores that by the state’s own analysis (1), existing energy-efficiency measures have proven even more effective than predicted in reducing greenhouse gas emissions. It also ignores that every climate doomsday scenario for 60 years has proven false (2). The impact on global climate emissions will be nil, yet the impact on our community will be severe (3).

While Net Zero Energy construction is already a choice, if this proposal is enacted, NZE will be the law. This would hand the lobbyists a financial windfall at the expense of MA taxpayers (both financially and through loss of our freedom of choice). While the current proposal is focused on new commercial construction, the lobby has already begun the process to target residential construction next (4).

Please vote NO to the Net Zero Energy proposal.


(1) Recent statistics show that existing energy-efficiency measures have already been more effective than predicted in reducing Massachusetts greenhouse gas emissions. “Greenhouse gas emissions in Massachusetts decreased by 21% between 1990 and 2016, from approximately 94 million metric tons of carbon dioxide equivalent (MMT CO2e) to less than 75 MMT CO2e… the 2016 emissions were significantly less than had been projected in the “Business as Usual (BAU)” scenario, which was developed to estimate what emissions in 2010 – 2020 would be without any new policy implementation. The 21% decline in emissions is a result of many factors including changing fuel prices, weather conditions, and implementation of energy efficiency measures and other policies.” (www.mass.gov/service-details/ma-ghg-emission-trends). With existing energy-efficiency standards, Massachusetts construction is already among the most energy-efficient in the country.

(2) “Modern doomsayers have been predicting climate and environmental disasters since the 1960s. They continue to do so today. None of the apocalyptic predictions with due dates as of today have come true.” Myron Ebell and Steven Milloy, Competitive Enterprise Institute: Sept. 18, 2019.

(3) “Even if ALL of the (existing) U.S. buildings that rely on natural gas today converted to electricity, and all of that electricity was generated from clean sources, the reduction in worldwide carbon emissions would amount to just over 1%. That would have no measurable impact on the global climate.” Wall Street Journal, Nov. 19, 2019. Dr. Jonathan A. Lesser, is President of Continental Economics and an adjunct fellow with the Manhattan Institute.

(4) Net Zero Stretch Code Support Letter, as referenced by the proposal.
Sincerely,
[Your Name]
Less
Feedback on this petition?
Top