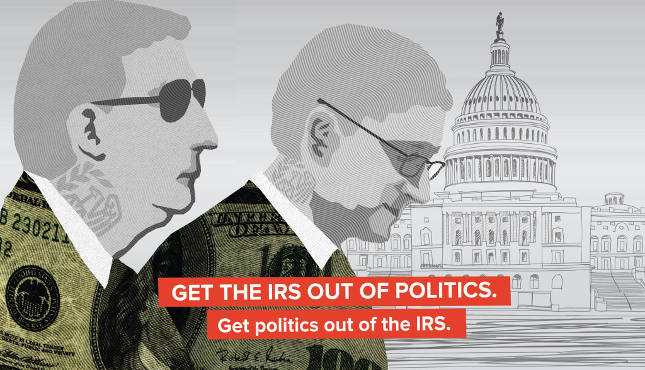 IRS Commissioner John Koskinen has proposed a rule that would destroy nonprofit organizations’ right to free speech. If Congress does not act by September 30th, the rule will go into effect automatically. The new rule would strip churches and charities of their nonprofit tax-exempt status if they engage in any kind of political speech. Who defines “political speech?” The IRS does, and they define it broadly. Under the new rule, nonprofit groups would not be allowed to:

encourage people to register to vote

post a candidate's name on their web site, even if it was posted before that person became a candidate

The First Amendment guarantees every American the right to free speech. When we gather together to do good – whether that be through a charity, Scouting group, church, or hospital – those rights do not disappear. Imagine if companies and political parties were the only organizations allowed to even mention the most pressing issues of our time. That is what IRS Commissioner Koskinen aims to force on us with this rule.

To Congress:
We ask that you vote to block the proposed IRS rule change (REG-134417-13) that is scheduled to go into effect on October 1st. If you fail to act by September 30th, the IRS will have effectively banned nonprofit organizations from speaking out about the most important issues of our time. The IRS has already caused controversy by targeting right-of-center political organizations. It now seeks to use its power of taxation to silence community groups.

Our churches, charities, hospitals, and other nonprofits are a vitally important part of American society. They deserve protection from the political whims of the IRS. We are counting on you to preserve our First Amendment right to free speech.
Sincerely,
[Your Name]
Less
Feedback on this petition?
Top