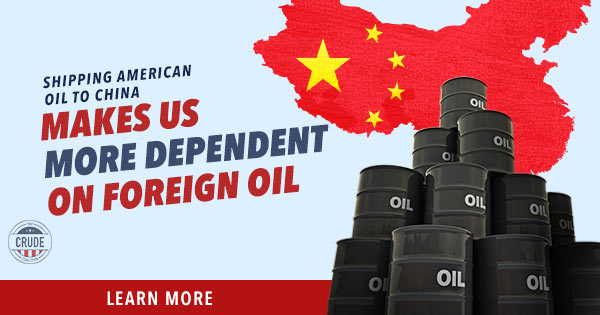 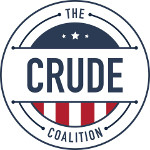 Petition By:
The CRUDE Coalition
This petition is now closed.
SHARE

Today, Americans are benefiting from the lowest gas prices in the world thanks to more oil being produced right here in America.  That’s making America less dependent on foreign oil.  Low gas prices are putting more money back in families’ wallets and helping create jobs.

But some in Congress want to ship American crude oil overseas to countries like China.  That would increase our dependence on foreign oil and raise fuel prices on all Americans. Why should China benefit from low oil prices and not America?

To U.S. Congress:
I am opposed to selling American oil to foreign countries, which would increase our dependence on foreign oil and raise fuel prices on all Americans. Energy independence is important and shipping it to countries like China is a threat to our national security. Domestic oil refining supports thousands jobs and shipping that oil overseas could put our friends, neighbors, and relatives out of work. Please vote against any legislation that ships our oil overseas.
Sincerely,
[Your Name]
Less
Feedback on this petition?
Top