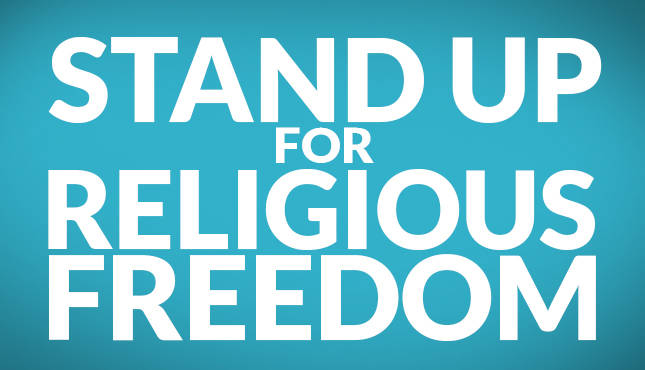 What ever happened to “live and let live?” What about the religious liberty protected by the First Amendment? Americans should be allowing each other to live their lives as each sees fit, so long as they are not harming anyone.

So why is a small pizzeria in Indiana threatened and insulted for simply stating  they would not be comfortable catering a same-sex wedding because their religious beliefs put them at odds with same-sex marriage?

A small business owner has every right to decline service for something that goes against their religious beliefs without robbing a gay couple of their ability to organize a wedding. There is no shortage of businesses that will provide services for same-sex weddings. There is, after all, no monopoly on weddings.

It’s one thing to win the freedom to marry whomever you want to marry through anti-discrimination laws; it’s entirely another to threaten the freedom and livelihood of anyone who refuses to lend their business services to a ceremony they don’t agree with.

To State Legislators:
Please take a stand for religious freedom in America by passing or protecting Religious Freedom Restoration Act in your state.

We are in grave danger of turning civil rights laws upside down to bully and coerce people into doing things that go against their religious beliefs.

This is not what America is about. Our Constitution protects religious freedom. Minority rights cannot supersede religious ones.
Sincerely,
[Your Name]
Less
Feedback on this petition?
Top