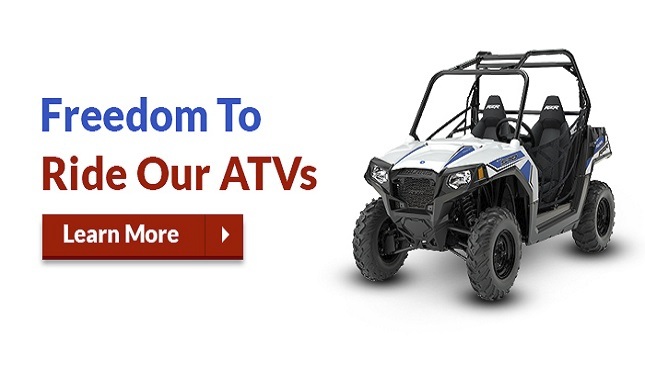 Did you know that the most popular all-terrain vehicles (ATVs) available on the market cannot be registered and used in New York?

New York state law precludes vehicles weighing more than 1,000 lbs. from being registered. Why? Because the Legislature has failed to modernize its laws related to ATV registration. This means that the most technologically advanced and safest ATVs cannot be registered and used in New York.

The failure to have the registration law for ATVs reflect what is being bought and used in New York State hurts our economy and unfairly punishes law-abiding citizens, subjecting them to civil fines and court costs. An increase in weight to allow ATVs up to 1,500 lbs. would bring additional sales tax revenue to New York State and allow ATV enthusiasts to lawfully ride their vehicles in New York, generating hundreds of millions of dollars in tourism revenue.

Send your elected officials in New York State government a message by signing this petition and sharing your strong support for legislation that will increase the ATV weight limit so that New Yorkers and visitors can legally ride the safest and most family-friendly ATVs available in New York State today.

To NY State Legislators:
I am writing you today to urge you to support legislation to increase New York’s ATV weight limit.

This reasonable increase, from 1,000 lbs. to 1,500 lbs., would bring New York’s ATV law up-to-date with common practice in the rest of the nation, and create new revenue opportunities for the state.

Today, New York is the ONLY state that prohibits use of the most popular, modern ATVs!

New York owners of these newer machines – which are the safest, cleanest models out there, but generally weigh more than 1,000 lbs. – face a tough choice. Either register their vehicles in another state, or don’t register them at all… and risk significant fines if caught using them within state boundaries.

By supporting legislation to increase New York’s ATV weight limit, you’ll be taking a stand for common sense, individual freedom and our state’s economy, which will benefit tremendously from an infusion of ATV tourism dollars.

Again, I urge you to vote in favor of legislation to increase our state’s ATV weight limit this session, so that New York will no longer be the sole state prohibiting registration and use of the most popular modern ATVs.
Sincerely,
[Your Name]
Less
Feedback on this petition?
Top