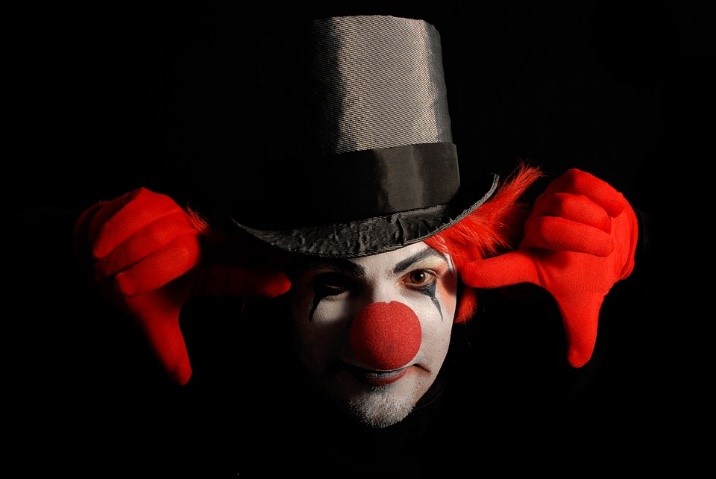 People posing as clowns have threatened communities in 32 states across the country and counting. Many of the clowns use social media accounts to attract attention and spread fear.

Police departments take these threats seriously, as they should: In Ohio, a knife-wielding clown chased a runner through the woods. A Texas woman was also assaulted by a clown outside her home just days ago.

A school district near Cincinnati closed down 5 schools for a day due to clown threats. A college student in Texas was grabbed by a clown near her dormitory. The clowning epidemic uses fear to disrupt people's lives.

When the would-be clowns cannot issue their threats over the internet, they’ll be left without their main method of anonymous intimidation – and most, if not all, will stop clowning altogether.

To Facebook, Twitter, Instagram:
We ask that you immediately remove all accounts used by people posing as clowns to harm or scare others, and report those accounts to local law enforcement authorities.

The clowns are not a harmless prank; they are threats to public safety. Local police increase their patrols in threatened areas. This puts a strain on police resources, diverting taxpayer dollars and law enforcement efforts to respond to people dressed as frightening clowns.

Please stop these individuals from using your platform to issue threats.
Sincerely,
[Your Name]
Less
Feedback on this petition?
Top