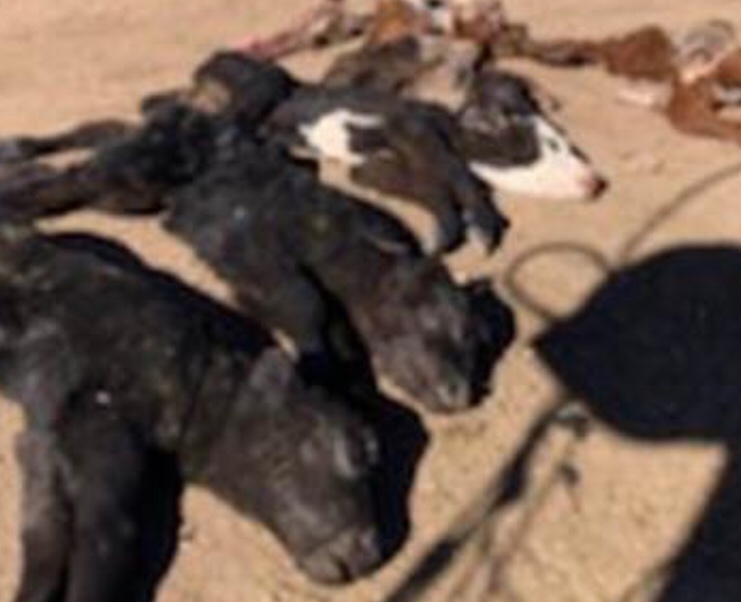 The President, Congress the Senate and Department of Interior : Protect Family Ranchers NOW, people before wolves.

People before wolves: Government overreach in the application of the Endangered Species Act, is destroying private property rights contributing to ecological damage and poverty in rural communities in the United States. And now, even usurping the 14th amendment as applied.

To The President, Congress the Senate and Department of Interior:
Mexican Wolf Impacts Petition 2019
We the citizens of New Mexico, and Arizona, do hereby demand that Authorities from the Federal Government take immediate steps to rectify severe impacts caused by the reintroduction of the Mexican wolf. Traditional customs and culture are being negatively impacted by the current management scheme of the program. Ranching families are incurring devastating losses, which threaten their livelihoods and the economic well being of their communities. The program occurs in one of the poorest sections of the country. Ranch families are suffering under disproportionate impacts without consideration of their prior existing rights and equal protection application of law.
First, we request a change in the program’s administration as the current coordinators have for decades, proven to be calloused to the plight of affected families. Second, the Federal Government should implement a reimbursement program for ranchers and hunting services for economic damages suffered. Third, local County Government should be granted the ability to declare areas affected by wolves with an emergency designation and receive federal funding to replace losses for businesses and individuals. Fourth, Section K(2) of the Mexican wolf Rule, Specifically the definition of non essential population, provides that none of the Mexican wolves on the ground in the BRWRA are essential to the survival of the population. However they are still being managed as fully endangered and are destroying both private property and prior existing property rights. This is impacting both livestock and rights of way on the land used by livestock and endangering historic ranches. And because the agency is clearly using using cattle as a primary prey base to grow the wolf numbers and managing for maximum livestock impacts, we the undersigned request the Department of the Interior USFWS authorize reoccurring incidental take permits to all legally authorized historic family ranches in the BRWRA. This is necessary to remove the specter of criminal liability. Ranchers must be assured the right to attempt to stop non essential, wolves from destroying their generational family businesses, without fear of being arrested or criminally charged. USFWS methods are not effective and the losses that grow daily, are insurmountable. Section K definitions: Opportunistic harassment, as described, only exacerbate habituation problems defined in the same section.
Finally: We the undersigned feel USFWS must comply with the 14h amendment, providing all citizens would have the guaranteed right to equal protection under the law. By allowing the removal of grazing permits from ranchers despite language stating permits are subject to valid existing rights, the ESA is denying those rights exist. Non ranchers convicted of a misdemeanour charge of killing a Mexican wolf are fined, but still have a home business or job. This punitive implementation of the ESA, is not equal justice under the law. We the undersigned demand action to preserve our custom, culture and historic, pastoral communities in the Southwest.
Sincerely,
[Your Name]
Less
Feedback on this petition?
Updates

Good morning!  Thank you all so much for signing this petition, yesterday things were a bit slow, around twenty signatures compared to the first three days at 100 a day.  Please feel free to share endorse and push this petition, we need as many as possible by October although we wont end this until December.   Coworkers, family, events (pdf version is available via email for print,  [email protected]

Good morning!  Thank you all so much for signing this petition, yesterday things were a bit slow, around twenty signatures compared to the first three days at 100 a day.  Please feel free to share endorse and push this petition, we need as many as possible by October although we wont end this until December.   Coworkers, family, events (pdf version is available via email for print,  [email protected]).  ask everyone you know to sign.