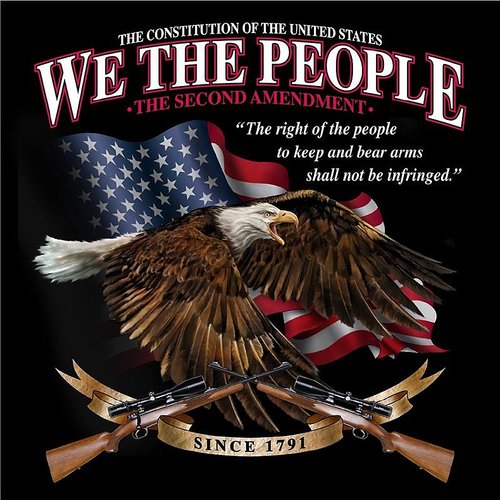 Orthodox Jews are being attacked at an unprecedented rate in New York State, and the right to self-defense isn't available.

To Governor Andrew Cuomo, NYS Legislature, Mayor Bill de Blasio, NYC Council:
As you well know, antisemitic hate crimes have grown in frighteningly high numbers over the past several years. Over the last few months, and now days,t the crimes have gone from "the punching game" to attempted murder. These crimes have been committed against a particular subset of Jews, those that are Orthodox.

The Orthodox Jewish community has been targeted due to the clear and visible outward appearance of it's adherence.

Unfortunately, local city and state government has been unable, and incapable, of stemming this tide of growing antisemitism. This rash of antisemitic violence has been unseen in modern American history. Orthodox Jews are being regularly assaulted, menaced, and stabbed (and now possibly murdered) in increasing numbers in New York.

Simply stated, it is no longer safe to be identifiably Orthodox Jewish in the State of New York, especially in NYC and its suburbs. We cannot shop, walk down a street, send our children to school, or even worship in peace.

Our elders are afraid.

Our friends are scared.

But we are all angry!

We are angry that a community like ours cannot defend itself when attacked.

We are angry that when we asked to be able to take care of ourselves we are told no.

We are angry that our local governments tell us that the way to fix this problem is with education and special curriculum.

We are angry because our civil rights were taken away, without us ever committing a crime.

We are angry because everyone is blamed except the actual perpetrators.

We are angry that arrests after police reports are made rarely are made. And when arrest finally happen, they are let go with barely a slap on the wrist.

But never the perpetrator.

There are those that would even go as far as to blame victim, with claims that we deserved it.

Though we feel that calling this domestic terrorism comes from a good place, understand that there is no political aim to these attacks. So by definition, it is not terrorism.

This is just good old-fashioned antisemitism. Calling it anything else minimizes the destruction that antisemitism causes within the Civil Society.

With that said, we are petitioning that you ease New York State and City laws regarding firearm restrictions, making it easier and more accessible for all citizens, but especially us in the Orthodox Jewish Community (and those that stand with us against antisemitism), to be able to protect ourselves, our kids, and our communities from these evil individuals.

We, the undersigned Jews of New York State (and those that stand with us) demand the protected God-given right the Second Amendment to the United States Constitution avails us to own firearms, and to be able transport these arms between our home and synagogues; without restrictions, as long as those possessing the firearms are law abiding.

We implore you to take the immediate action as you are empowered to do, and send a clear message that the State of New York won't stand for those evil acts of antisemitism. That as elected officials, you will uphold the number one job and reason for governments existence, to protect and defend its citizens.
Sincerely,
[Your Name]
Less
Feedback on this petition?
Top