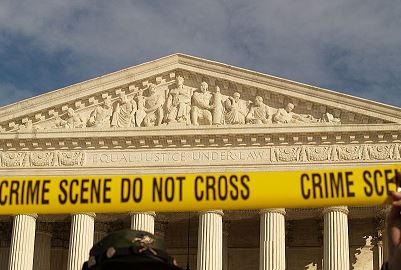 The President of the United States : New York State Citizen Petition for US Government Intervention 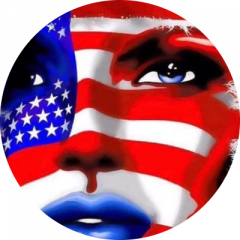 The New York State Legislature is known as the most dysfunctional legislature in the entire nation, and Citizens have little recourse to effect reform as we have been denied Initiative and Referendum, and our votes are often made null and void by the residents of New York City.

We have now been assured the new Democrat Majorities in the Senate and the Assembly intend to further violate our US Constitutional Protections and Natural Rights through the unhindered expansion of abortion, gun control and illegal immigration, as early as January 2019.  Please sign and share.

To The President of the United States:
We the People of New York State hereby request Federal intervention into the Legislative Body of the State of New York, for violating US Constitutional protections and for nefarious intent to bring harm upon its Citizens, enumerated as follows:

• Whereas the newly elected Democrat Majority in the New York State Legislature has determined and has made public their intent to pass Reproductive Health Act (RHA) legislation, as early as January 2019, to legalize the killing of fully-formed infants; to repeal the legal protection afforded these and survivors of attempted abortion after 20 weeks gestation, mandated under Public Health Law § 4164(2); to allow non-physicians to perform abortions upon minors without parental involvement; and to provide no conscience protections for health care practitioners.

• Whereas the newly elected Democrat Majority in the New York State Legislature has determined and has made public their intent to pass gun control legislation to erode and rescind rights protected by the Second Amendment of the US Constitution; Given a history of violating the State’s requirement for 72-hour review for industry and citizen input on proposed legislation, we fully anticipate the New York State Legislature will abuse the Message of Necessity to push through onerous regulations on legal firearm ownership as was done with the NY SAFE Act, including but not limited to creating broad “extreme risk” exceptions within statutes pertaining to the Red Flag Bill; and infringing on privacy by requiring passwords for social media accounts. An unelected body assessing personal information versus what is available in the public domain, using for example any past alcohol use or trumped up weapons charges or those that violate constitutional protections as a means to deny an individual a right to legal firearm protection, we consider a violation of our natural rights.

• Whereas the newly elected Democrat Majority in the New York State Legislature has determined and has made public their intent to place the Citizens of the State of New York at risk from unhindered immigration by, including but not limited to providing publicly-funded legal services to illegal aliens detained and already determined to face deportation; and continuing the practice of taxpayer-funded sanctuary cities currently in place in 16 cities, which adversely impacts our culture, taxes, healthcare services and crime.