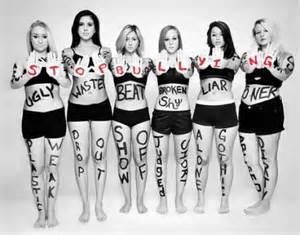 The University of Rhode Island : Make a change and Stand United !

Petition By:
(deactivated)
This petition is now closed.
SHARE

This action is important because it promotes awareness for those suffering from depression, eating disorders, anxiety, suicide and self harm due to societal ideals and standards through media and dominant culture. This allows people within the community to support one another in their fight to happiness and freedom.

To The University of Rhode Island:
In a Gender Women’s Studies class at the University of Rhode Island groups were assigned a project to take action on the topic of feminism. Furthermore my group and I are pursuing gender inscriptions on the body and how it affects the lives of many. Initially we inquired about National Bullying Prevention Month which includes self harm awareness bullying and suicide recognizing that URI hasn’t done anything of the sort to support or recognize this month campus wide. Our goal for this campaign is to create an organization or annual event on Friday October 21st 2016 where people of different backgrounds can come together in support by recognizing this movement and how crucial mental illness really is.

Help us make a change. BE THE CHANGE.
Follow our twitter page and spread the word!!!!! @URI_BodyImage
Sincerely,
[Your Name]
Less
Feedback on this petition?
Top