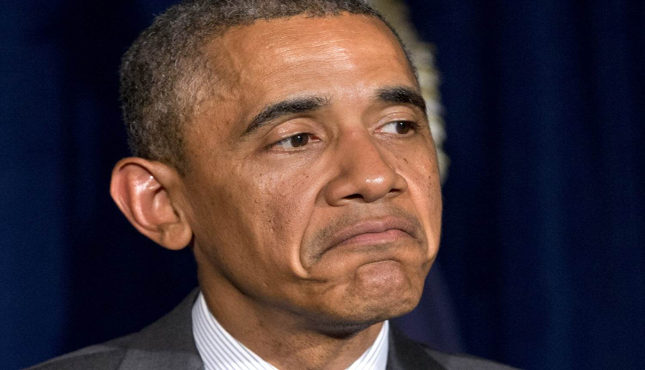 Congress : It’s time to reign in the imperial presidency

If there is anything to be learned from the past seven years of executive overreach and abuse we have seen from the Obama administration, it is that we must find a way to reign in the imperial presidency. Congress must demand more accountability and oversight of the runaway Executive branch.

By establishing a new permanent committee in the House dedicated to investigating misconduct and corruption in the Executive branch, Congress would have more oversight over unaccountable bureaucrats and prevent the kind of unbridled power-grabbing that has become President Obama’s calling card.

HRes 693,  introduced by Rep. Tom Yoho (R-FL), would do just that: establish a permanent Select Committee on Executive Oversight.  This committee would investigate allegations of misconduct by officials of the Executive branch and have the power to issue subpoenas.

As the Representatives of the people, our House members are constitutionally tasked with holding the Executive branch accountable to protect us from abuses of power and infringement upon our personal liberties by the President of the United States.

Enough is enough!  Sign the petition to tell the House of Representatives: it’s time to reign in the imperial presidency and demand accountability from our Commander in Chief! No one is above the law.

To Congress:
Please prioritize and ensure the swift passage of HRes 693, which establishes a permanent Select Committee on Executive Oversight.

As our Representatives, you are Constitutionally bound to protect us from abuses of power and infringement upon our personal liberties by the Executive branch.

Blatant Executive overreach, targeting by enforcement agencies, and regulatory agencies that bypass Congress to write their own laws have been all too commonplace for the past 7 years under the Obama administration.

Enough is enough. The time has come to establish a permanent House committee to investigate Executive misconduct and issue subpoenas to ensure that justice prevails and Americans are no longer subjected to Executive overreach that infringes on our personal liberties and destroys the fabric of our great republic.