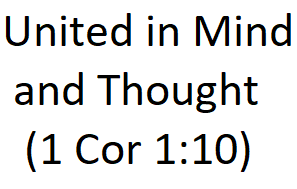 If Governor Northam is, in fact, planning a winter military action against Virginia to force a 2nd Amendment ban or seizure, it could plunge Virginia and the entire nation into Civil War.  It is essential that if such rash, hasty, and foolish action is being planned, then it must be stopped before it starts by the Virginia General Assembly IMMEDIATELY through impeachment and removal, as it deems fit.
The federal courts are the ones charged with determining the validity of a law regarding the weakening of the 2nd Amendment, an immediate military campaign with an associated cutoff of all utilities (electricity, internet, phone, fax, etc.) launched in January will ensure no federal oversight will be accepted and bring about extreme hardship on the residents of Virginia, and most likely the entire nation eventually.
The Virginia General Assembly should immediately reconvene and investigate such claims and reports as they deem fit.
May God bless our Great Commonwealth and our Great Nation!
Reference please: The Hal Turner Radio Show main page for information regarding the alleged Whistleblower(s).

To The Virginia Assembly:
WE THE PEOPLE WISH TO MAKE KNOWN THE FOLLOWING:

1) Be it made known that Governor Ralph Northam has reportedly stated he will call out the Virginian National Guard against his own constituency to enforce a ban on weapons, magazines, and other instruments protected under the 2 Amendment of the Constitution of the United States.

2) Further, and more importantly, that an online report has circulated indicating that a "trusted staffer" of Governor Northam has relayed information regarding he is laying plans to execute a winter time military campaign set for January of 2020 A.D. against Virginia, whilst severing electricity, telephonic connectivity, data transfer ability, and internet connectivity generally. Moreover, it has been reported the Governor Northam has warned "consequences" await those who have passed laws defending their right to keep and bear arms.

3) That, with particular focus of the above mentioned actions in paragraph 2, such actions should be considered egregious violations of the public trust and threaten the health, welfare, and safety of every Virginia resident. Moreover, it creates a national crisis which could likely affect every United States Citizen and spread into dreaded and violent civil war, which no decent Virginian or American desires.

4) That the movement of military forces and the severing of all utilities in the winter months of Virginia would most certainly create severe and onerous living conditions while fomenting extreme civil unrest, which particularly will harm the handicapped, elderly, and infirm; and cause incalculable injury, loss of property, and death. That the making of war, or laying of plans for war, against Virginian citizens by any sworn official is most unbecoming a Virginia Civil Servant and Gentleman or Gentlewoman, the same whose stated calling is to affirmatively serve and protect the interests, welfare, health, and safety of their constituents.

5) We, the undersigned, do insist the appropriate actions be taken by the Virginia House of Delegate and the Virginia Senate, known as the Virginia General Assembly, and all speed be made to INVESTIGATE SUCH CLAIMS FULLY AND IMMEDIATELY BY WHATEVER INSTRUMENT IS AVAILABLE TO THE GENERAL ASSEMBLY before such hostilities could become realized upon the people and to apply Article 4, Section 17 IMPEACHMENT, of the Constitution of Virginia as required. WE HUMBLY REMIND that those currently holding office are sworn to uphold their Oaths for the full TERM OF THEIR OFFICE, and insist immediate investigative action be taken and, if deemed appropriate, greater action be prosecuted; in order to protect the happiness, safety, and integrity of our Commonwealth and these United States.


-------------------------------------------------
This document is drafted and signed by Josiah Christopher Reffo. Nothing herein is legal advice, I am acting in the role as a private citizen concerned with a political matter and am not currently engaged in the practice of law. This petition and its opinions do not necessarily reflect the views of any organization to which I belong.
Sincerely,
[Your Name]
Less