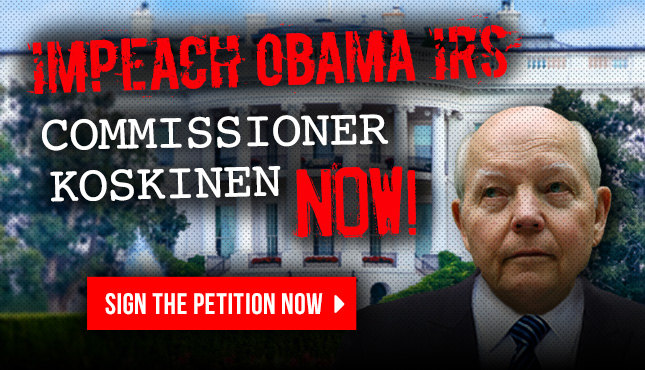 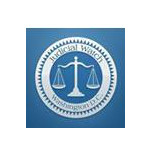 The Obama IRS scandal is a scandal of monstrous proportion and severity. And IRS Commissioner Koskinen is ignoring the law to cover-up the facts about exactly who was behind the IRS targeting scheme.

IRS Commissioner Koskinen has abused his office through dereliction of duty, failure to comply with court orders, and breach of trust.

To Congress:
Whereas, extraordinary times demand extraordinary action, and the politically-driven corruption of the Internal Revenue Service must be fully exposed and those responsible held accountable under the law to the American people!

Whereas, as your constituent, I urge you to support H.R. 494, the motion to impeach IRS Commissioner John Koskinen for “high crimes and misdemeanors” related to his cover-up of the Obama administration conspiracy to improperly target conservative groups and citizens by the Internal Revenue Service (IRS).

Whereas, IRS Commissioner Koskinen has abused his office through dereliction of duty, failure to comply with court orders, and breach of trust. Documents forced out of the Obama IRS by Judicial Watch through Freedom of Information Act lawsuits prove that this program was directed from IRS headquarters, and that three other federal government departments (the Federal Election Commission, the Department of Justice and the FBI) unlawfully conspired with the IRS. (In fact, documents that Judicial Watch obtained show that officials at the Justice Department actually reached out to Lois Lerner at the IRS as they seriously considered potential criminal prosecution of “certain groups.”)

Therefore, in addition to supporting H.R. 494, I also urge you to personally inform House Speaker Paul Ryan that you support impeaching IRS Commissioner Koskinen. As the new Speaker of the House, he should do what his predecessor, John Boehner, failed to do…aggressively exercise Congress’ oversight duty and its impeachment power!
Sincerely,
[Your Name]
Less
Feedback on this petition?
Top