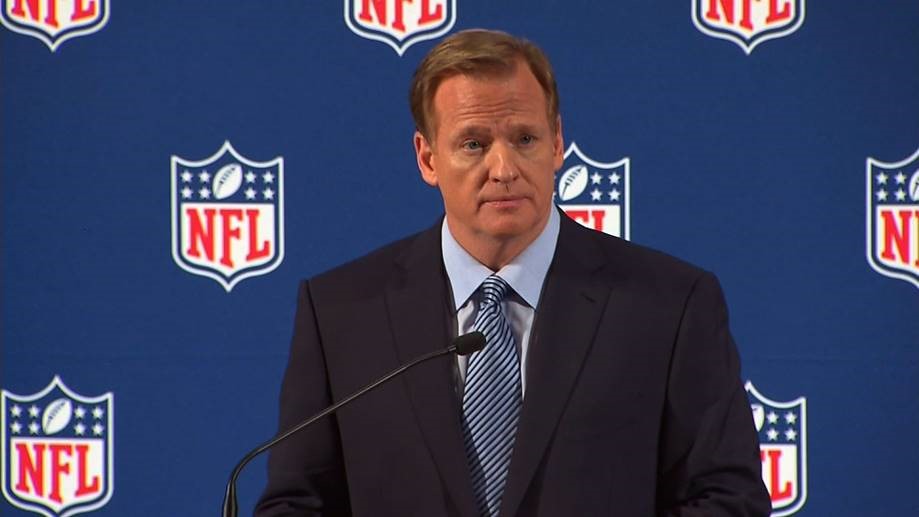 Roger Goodell's first responsibility as the "Commissioner of the National Football
League is acting in the "best interests of football." He has failed to act responsibly and has jeopardized the best interest of the NFL along with offending millions of US citizens and it's NFL fan base.

Roger Goodell as the Commissioner of the National Football  has made public statements that condones public displays of protest during the playing of the National Anthem by NFL players, coaches, and staff. This protest has been received by many Americans as being divisive and negatively directed at the following: The USA as a Government, The American Flag, and the President of the United States.

Furthermore, condoning these acts of protest challenges American patriotism and promotes contempt and disrespect towards those who fight or have fought defending our nation and its flag. This group includes Veterans, Military and Para-military personnel along with their families and or their survivors.

That is why Roger Goodell must be asked to step down and a new commissioner appointed in order to begin healing the divide that has been created and permitted by the NFL.

To Roger Goodell:
Your first responsibility as the Commissioner of the National Football League is acting in the best interests of football. By condoning the controversial actions of owners, players, coaches and staff during the playing of the National Anthem the sport of professional football and its survivability both economically and ideologically has never been in such jeopardy. Please step down as the Commissioner of the NFL
Sincerely,
[Your Name]
Less
Feedback on this petition?
Top