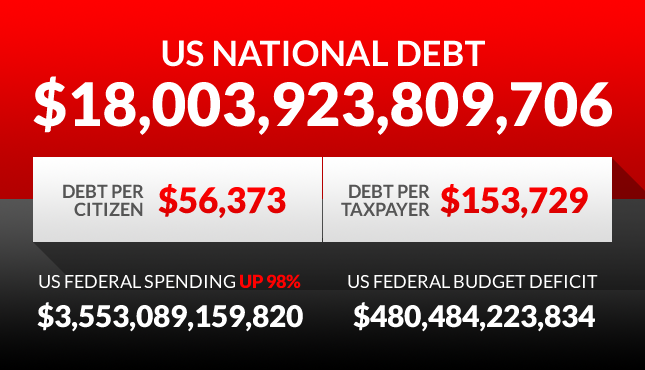 Congress : Do NOT Raise the Debt Ceiling

Washington politicians have put our country in more than $18 TRILLION in debt.  In fact, our national debt has increased by 70% under President Obama alone!

What’s worse, is they just keep borrowing more by raising the debt limit. Today, the average American newborn enters the world with a tax liability of more than $56,000!

Now, more than ever, we the taxpayers must take a stand against mortgaging our children’s future with uncontrolled government spending!

Unlimited borrowing is bad enough, but President Obama also wants to INCREASE TAXES so the government can spend even more of our money!

It’s time to pay down the debt.  We simply cannot afford to have the politicians raise the debt ceiling again—a move that will lead to more tax and spend policies that will bankrupt our country.

Enough is enough! Tell Congress: "Do not raise the debt ceiling!”

To Congress:
With America more than $18 trillion in debt, we simply can't afford to raise the debt ceiling. Please do not raise the debt ceiling, as such a decision would lead to more tax and spend policies that are bankrupting this great country.
Sincerely,
[Your Name]
Less
Feedback on this petition?
Top