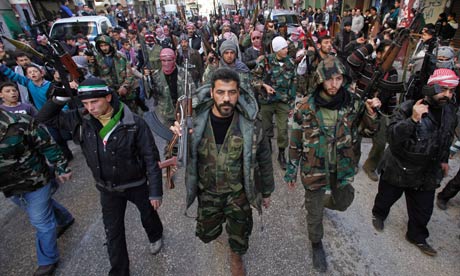 President Obama : Do Not Allow Terrorists To Enter Our Country!

President Obama’s inaction in the Syrian civil war has allowed the ISIS terrorist group to gain strength and cause havoc in the region.  This has led to a mass exodus of the local population, which is fleeing to Europe and beyond to escape the bombings, airstrikes, and mass executions.

The problem is that those fleeing ISIS include terrorists and religious zealots, and we don't know who is who.

President Obama now plans to allow 100,000 Syrian refugees into the U.S. This is a threat to our national security and must be stopped!

Syrian refugees have already caused problems in Europe, including riots and other violence. In addition to the terrorism risk, do we really want that here in the U.S.?

President Obama's pro-Muslim agenda is now a clear and present danger to our national security. Tell Obama: do not bring terrorists into our country!

To President Obama:
Your inaction in the Syrian civil war has created an even BIGGER crisis, causing thousands of people to be displaced. The problem is that among those displaced Syrians are religious zealots and terrorists -- and we have NO WAY to tell the difference between them.

By allowing 100,000 refugees into our country, you are opening our borders to potential criminals and terrorists, and putting American lives, whom you swore an oath to protect, at risk.

You must not allow this to happen.
Sincerely,
[Your Name]
Less
Feedback on this petition?
Top