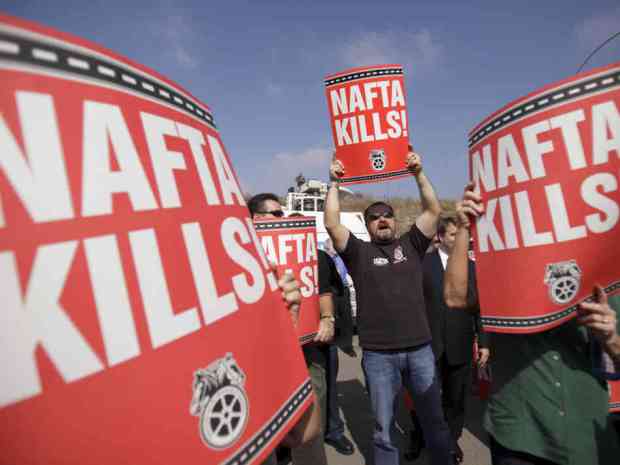 In theory, free trade sounds like a great idea, but the reality is that NAFTA and other free trade agreements have taken away American jobs for cheap goods.

Free trade advocates forget that the true cost of their policy is at the expense of American workers, who suddenly lose their jobs to foreigners who get paid a mere fraction of the cost.

Americans need jobs. What’s the point of importing cheaply made products if Americans can’t even afford to buy the products to begin with?

Preisdential Candidate Donald Trump has called NAFTA a “disaster” and he is correct!

Sign this petition to tell Congress to end NAFTA and bring jobs back to America where they belong.

To Congress:
Since NAFTA was instated, American workers have gotten a raw deal. We’ve sacrificed thousands of American jobs at the alter of cheap consumerism.

Ditch NAFTA to bring jobs back to America where they belong.
Sincerely,
[Your Name]
Less
Feedback on this petition?
Top