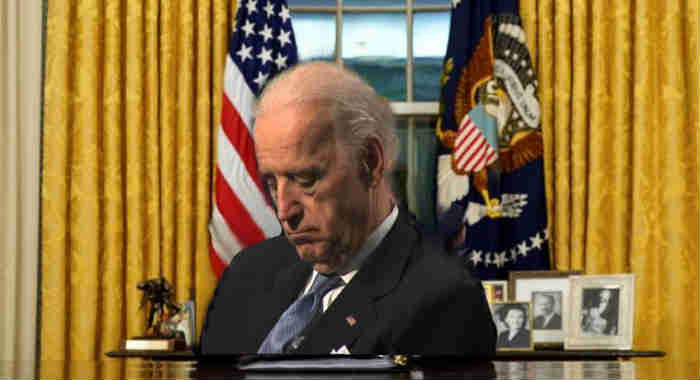 Many ordinary Americans believe Joe Biden now mentally unfit. This issue is, by far, our most important US question in a century. Biden may get elected President of the USA. If an incompetent candidate is elected, Americans will have no control over who takes their place. This madness must be confronted by a calm, resolute demand for a thorough mental competency test. This test will change our future for better. Is Biden mentally competent? Call your Representatives, Senators, and flood DC with calls, emails, letters demanding a test & results by Sept 1st, 2020.

It’s illegal to run a mentally incompetent candidate for office since it’s a nomination based on fraud, a bait and switch, for someone who can’t lead. If Joe were nominated, he’d be removed before the vote. Therefore, the Democrat Party will choose his replacement. Currently, the DNC is run by the farthest Left radicals. So will choose a far leftist replacement, unelectable in normal times. But Joe is not competent to even run a Scouting troop. So why do Democrats insist he’s fit enough to lead America? Only so they can put in their Marxist candidate?

WHY WE MUST DEMAND BIDEN BE TESTED FOR MENTAL COMPETENCE NOW!

1. Joe Biden is Running for US President in Less Than 90 Days
We will choose a president on November 3rd, 2020. It matters if a candidate is incompetent.

2. Biden Stated August 5th He’s Not Been Tested & Won’t Allow Cognitive Exam
Biden was asked by Black journalist for a mental fitness test. Joe replied, "are you a drug junky"?

4. Biden is Mostly in Basement, Reading Scripts for Heavily Edited Taped Statements
Joe Biden hardly ever leaves his basement with the excuse of “Covid Protection.”
Is it fair to hid loopy Joe?

5. But When He Leaves...Live Statements Show Shocking Biden Incoherence
Joe Biden looks like a drugged prisoner when “broadcasting” from home basement “studio”. .

6. If Biden is Even Mildly Unfit, He Can’t Be Allowed to Run
Early Dementia symptoms are seen now in Joe, including memory, anger and live interaction.

8. Biden’s Handlers Now Seek to Stop Any Debates with Trump!