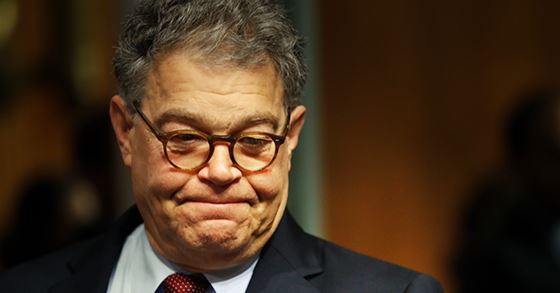 Whereas the United States Senate is an honorable body and should only be inhabited by men and women of honor, we are calling for the immediate resignation of Minnesota Senator Al Franken after evidence has come to light of his sexual assault of Fox Sports commentator Leeann Tweeden.

To Senator Al Franken:
Senator Franklin,
Whereas your past behavior regarding Leeann Tweeden has been that of a sexual predator and,
Whereas the position United States Senator is an office that should only be held by women and men with impeccable character,
We, the undersigned, hereby request that you both publicly apologize to Mrs. Tweeden, her family, all American women, and the people of the State of Minnesota, and step down from your position as a United States Senator.
Sincerely,
[Your Name]
Less
Feedback on this petition?
Top